Skip to content
Welcome to VK Online News
Please feel free to submit your stories
DARKER SIDE OF MUSIC - ONLINE MUSIC NEWS > New Releases > BLUTENGEL – Our Souls Will Never Die (single/video)
Do you have a local music event? Advertise it here for free.

Out Of Line Music

From the offset you know this is the amazing BlutEngel. Unmistakeable get up and move beats with the amazingly talented vocals of Chris Pohl and the beautiful blend of vocals from Ulrike Godmann.

This is a band that never fails to impress the incredible talent in this band is so impressive. This track is no different it has everything you expect from a BlutEngel song. The video is also as always a masterclass in Darkwave/Synthpop music videos that are always undoubtedly hard to beat.

If you are a fan even the smallest fan this is for you. You will never be disappointed by Blutengel songs, videos, lyrics it is just not possible.

Indescribably multifaceted, Blutengel present themselves on their current album “Erlösung – The Victory of Light” with a wide range of emotions. The full-length album followed the cover album “Fountain of Destiny,” released in spring and exceeded the expectations set for Blutengel once again. Today the multitalented band around singer and songwriter Chris Pohl and Ulrike Goldmann premiere their brand new single & video! The previously unreleased exclusive song and music video offer a taster of their concert on December 22 in Berlin, followed by the “Living The Darkness” tour in 2022.

Reflecting on the song, Chris, the Blutengel mastermind, shares, “After the release of the current album, I still had so many ideas I was already working on some songs. “Our Souls will never die” turned out to be the song that would be the name of our last concert in 2021! I wanted to put the concert and the song under the theme “Immortality of the Soul”. No matter how screwed up it is right now, and whatever else may happen, our souls will outlive it. The song is about daring to do something and not getting lost in the dull crowd, against everything and everyone nowadays. Just do your thing! For yourself! Pass through the fire! Fighting, weeping, loving! In the end, our souls will carry on where we may have failed in our lives, but the path we must pave now!”

“I wanted to put the entire piece into a very propulsive, anthemic, and upbeat track with guitars and some serious power! I believe it worked!”

Out of Line Music: https://www.outoflineshop.de 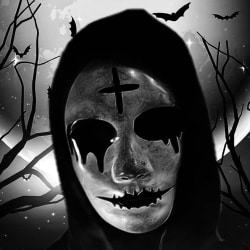 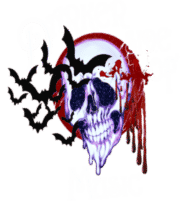