Skip to content
Welcome to The Darker Side Of Music
Please use our contact forms to keep in touch or submit your band release etc... 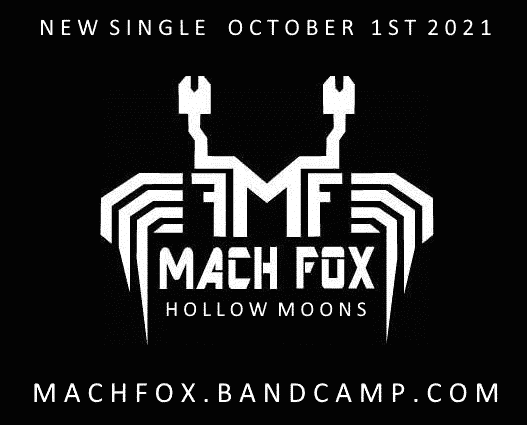 VK Online Music News- The Darker Side of Music are proud to present the premiere of Mach Fox Hollow Moons video ahead of the single release on 1st October 2021.


The founding member of Zwaremachine releases a new Mach FoX single titled Hollow Moons. Mach FoX has been actively performing and releasing recordings since 2005 with Zwaremachine bassist Dbot who wrote, arranged and played bass guitar and on this song.
Hollow Moons also features Dein Offizier of Zwaremachine on drums as the track was originally recorded for the Conquest 3000 album released by Zwaremachine in July 2021.

Considered an outtake from the Zwaremachine release, the melody and drama of Hollow Moons fit perfectly into Mach FoX’s sleek, sci-fi, horror, doom-pop style. The song warns of a future where only the wealthy can leave the ruined and depleted earth and live in the lush
hollow moons…a place of fortune where everything is green.